Circuit Seed is a family of inventions that work together to process analog signals using 100% digital parts. These digital circuits and components are configured and modified to provide the same functionality as transistors, capacitors and inductors with better performance and without the analog limitations. They include digital designs which provide precision without precision parts, eliminating the requirement for current mirrors and matched pairs. Circuit Seed can also impact traditional analog or mixed integrated circuits which are complex to design and manufacture.

Mr. Waite said, "Circuit Seed is a significant breakthrough allowing analog designers to now go beyond Moore's Law, offering flexible designs, smaller sizes than ever before, lower power, better performance and precisions — in many cases by one or two orders of magnitude, and in some cases even more. We can now offer manufacturers unique opportunities to develop the thousands of applications that are or will be required for the future Internet of Things (IoT). Across so many electronic devices you can pack in functionality in a much smaller footprint. The software industry will eat this up with API access to functionally rich chip sets tied to SaaS and cloud subscription plans — what a boon for AI."

Analog circuits often require matched pairs of devices with identical electrical properties — but there is always some process variation between the devices which causes errors. The mixed signal (analog and digital) integrated circuits cannot perform on smaller than 40nm process nodes, and they can't operate at low power without severe limitations. In contrast, Circuit Seed designs process analog signals using 100 percent digital components which means they are subject only to the limitations of digital design rules and not analog design rules.

Further, the principles of the Circuit Seed design and the configuration of the circuits overcome many of the deficiencies of analog circuits. Mixed signal circuits require a transistor, capacitor, or an inductor to travel off the integrated circuit to the analog component and then back to the digital process. Circuit Seed circuits, once converted from analog to digital, remain on the integrated circuit eliminating many of the analog circuit issues. This means that several products can be impacted using specific CiFET™ (complementary current injection field effect transistors) developed by Circuit Seed.

The CiFET is a novel CMOS building block with a unique charge-based characteristic, a modification of the traditional MOSFET. It can be built into multiple stages creating high gain voltage amplifiers called CiAmps; single-ended, differential single-stage, 2-stage, 3-stage, and 3-stage feed-forward can be constructed. The full-differential CiFET OpAmp is anticipated to be a baseline configuration. None of the CiAmp arrangements use traditional power hungry analog current mirrors or state-of-the-art bulky analog components for gain but, instead, have a low output impedance which drives resistive and capacitive loads, is small, low power, and scalable into nanotechnology IC process nodes.

The flexibility of Circuit Seed is illustrated below. The CiFET allows analog designers unprecedented control of the performance of each CiFET in a circuit by adjusting the band gap ratio (i-Ratio= (W/L Source)/(W/L Drain). Since circuits would likely have hundreds or thousands of CiFETs they could be comprised of a variety of different ratios in the same circuit.

The diagrams are examples of different CiFET configurations; analog designers have greater flexibility to meet very specific requirements by simply adjusting the iRatio.

Mr. Waite said, "What we now have with Circuit Seed is the unique opportunity to convert the art of analog into the structured world of digital. The impact of this on product optimization, yield, recall risk, mass customization, pre-planned product improvement and version refresh cycles is very compelling to all electronics OEMs and their semiconductor supply chain."

Through InventionShare, Circuit Seed is currently working with several OEMs, semiconductor and sensor manufacturers and is looking to partners for broad adoption of the technology in a variety of industry areas. The company is also rolling out a spin off company, Sensory Seed™, which focuses on the design of near market circuits for health and life sciences applications to improve current and future medical device diagnostics, monitoring and therapeutics. For more information on CiFET iRatio see http://www.inventionshare.com/LinkClick.aspx?fileticket=n8ZlkfkrhCI%3d&portalid=0. 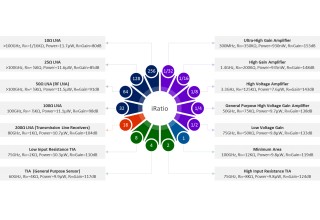 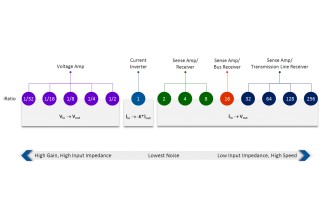